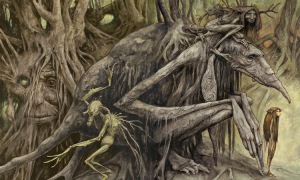 It’s all coming together.

The disparate threads are entwining, interlocking, forming a pattern.

The first thread grew out of the internet.

Social media had the potential to unite; to form global communities. It could bond, and reach out, and relieve loneliness, and provide information, and ease troubled souls. But, as sure as human nature, the flip side raised its head: trolls. The veil of anonymity and distance enabled anyone and everyone who felt a dark impulse or a sudden spike of anger or hate to express themselves with consequence-free impunity. So easy to lash out and then ignore your victims. So easy to turn off your device with the smug knowledge that you ‘got away with it.’

In order to pull in viewers, behavior that would never have been tolerated previously was encouraged. When it didn’t materialize fast enough, it was engineered. Situations were fostered that would push participants’ buttons. Bullies and boors were granted pop-culture stardom. Fame and wealth were doled out in exchange for abusive behavior. The loud, the stupid, the obnoxious garnered more attention, more rewards, than the quiet, the thoughtful, the kind.

The trolls from thread #1 watched the activities of thread #2. They were lured by the accolades. They felt empowered. A culture of rudeness and cruelty for entertainment’s sake asked…no…DEMANDED…that extremes be exhibited, loudly and often. But, poor trolls, most of them had no outlet that would showcase their newfound aggression, until…

…the third thread, it could be argued, was a matter of time, circumstance, and culture intersecting.

A segment of the population watched in horror as the troll culture emerged into full visibility. Ugliness was condoned, substantiated, lauded, applauded.

News media reports that, no matter who wins, this troll-fest will have presaged the least popular President in history.

It’s unsettling how many Americans look traumatized, shocked…are shaking their heads and asking ‘How did this happen? How did we get here?’

It’s as if a puppet master holding the strings of a nation has gone mad. Yet the puppet master remains hidden. All any of us average citizens know is that next week the threads come together, and the highest office in our country will be draped in bunting of ugly cloth, the weaving of which we don’t understand.

It will look like the shroud a troll should wear…