I am a bona fide description junkie.

I dive into pages of language paying homage to the precise angles of parquetry; the multi-hues of honeyed sunshine pouring through jewel-toned panes of leaded glass; the wealth of colors and textures in a garden lush with twining, scented blooms.

These things make my toes curl. As long as they’re about environment. As long as they allow my imagination to follow their path and build, layer upon layer, a space of some sort. But pay that much attention to describing characters and you’ve lost me.

It’s the difference between world-building and backstory.

To me it’s the difference between being a participant or an observer.

Once again the concept of show vs. tell rears its quixotic head. Show me a place I can inhabit as a reader and I welcome infinite detail. Use that same level of description to paint a character and I’ll wonder why I should be interested in this passive creature who wavers into view via words instead of his own actions, or feelings, or thoughts.

As a reader, I know what I like; able to scan a dust-cover or blurb and instantly discard or covet.

As a writer, I fall into the trap, carried away on the tide of my own creation.

It’s difficult to read your own work without making the unforgivable mistake of falling in love with it to the extent that you’re blinded to its faults. That’s why everyone tells you to lay the story aside for a few weeks, months, years even. However, if you don’t have that luxury, if a deadline looms…you have to develop the skill of being able to split from your work.

Because the only way your opinion of your own work counts, is if you can confront it as a reader plain and honest.

No patting yourself on the back for a particular turn of phrase.

No thinking cleverness can disguise a lack of heart.

It’s hard. I’m not sure if anyone can do it consistently. But it’s the only way to know if your backstory is as enticing as your world-building. And for those of us who are unusually description-susceptible, it’s a necessary sort of schizophrenia.

Otherwise, we’d sink beneath the surface, sucked into the creation that will never be anything but a playground for one. 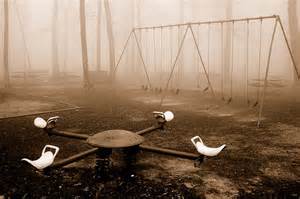