I used to think he was just a little odd. I would use terms like quixotic, beguiling, manipulative. But that’s all changed. Those days are gone.

He has finally earned the formerly affectionate sobriquet Wicked Evil, for it is now shrieked at volume and with unfolding horror. He has now emerged from the pages of a Stephen King novel, jaws agape and eyes glinting.

It wasn’t always so. His transition from simple mischief to act of terrorism was a gradual one. But now, from the far side of the abyss filled with my screams, I can see it. I can see the learning curve and the hellish intellect behind the progression.

His evolution meandered with subversive intent from targeted pounces during the deepest phases of sleep, to noisy forays onto countertops, to exploration of architectural integrity, resulting in exposed drywall and shredded door jambs. None of it was random. I see that now.

I appeased him along the way, which was a mistake of monumental proportions. I saw myself as the peacekeeper when in fact I was the dupe; the lab rat being subjected to stimuli until one of sufficient power to produce the desired reaction was found.

He released it into my bed, scaly and writhing. 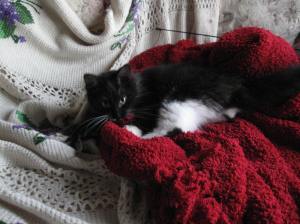 It generated the ‘extremely loud and incredibly close’ reaction for which he was hoping. He’s still laughing in that quiet way his kind do.

Having found the catalyst, he will try to apply it again. I can tell.

I live with a terrorist.

For I am terrified… 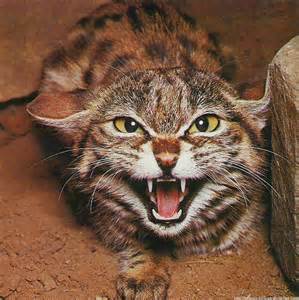 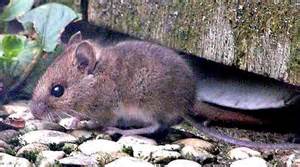 The calendar says ‘Not yet.’

But Spring is here.

It crept into my home this morning. Actually, it was carried in. It was deposited with loving care on my bed before I knew what was happening. It was released beside my elbow as I lingered in the last, dusky shreds of sleep.

It bolted me from my rest and my sheets, and the security of Winter slumber hitherto undisturbed by those who walk on four paws and bring…gifts… It burrowed under my comforter and snuggled deep with desperation rooted in its instinct to survive.

I know because the invasion has begun and I have been pressed into the dual role of victim of, as well as EMT for, vermin.

My cat, Jack Sparrow, is thrilled. This is the time when he can truly express his gratitude for being adopted from a shelter. This is when, after long, cold, barren months, he can shower me with an embarrassment of feline riches. This is when he gets to watch the ensuing chaos after bringing me his version of ‘breakfast in bed.’

It amuses him. I can tell.

He takes a ringside seat and watches the race to find a receptacle that is mouse-worthy. Tail twitching, he sees how clumsily I trap his ‘gift’ in the drinking glass that will never be allowed to touch my lips again. Not after this. His whiskers tilt forward and his ears tilt back as his scantily-clad, furless owner dashes out into the chill morning air in search of a site where the ‘gift’ may be released with a reasonable expectation of escape and survival.

Deep inside, Jack Sparrow does a cat-chuckle.

Because he knows where to find more ‘gifts.’ And he will. A weekly, if not daily, progression of small, scurrying, squeaking bounty await him.

The only thing more alarming is Summer.

That’s when the snakes appear. 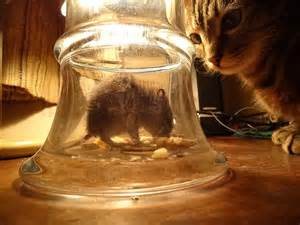