It’s time for another useless rant; the type that soothes the ranter’s soul, but unfortunately wields no power to affect the outcome of the situation spawning the rant in the first place.

But, what the hell. Ranting has its place in the scheme of things.

Subject of rant: The acquisition of the Washington based HMO Group Health by California’s “not for profit” healthcare monster Kaiser Permanente.

I could go on and on, but most readers would tune out. So, let’s use two tidbits of information that are easily digested and can lead to individual outrage and a host of offshoot rants. I can only hope.

The acquisition is being pushed by Group Health (called ‘Group Death’ by some in homage to the general climate of managed health organizations and their penchant for treating spreadsheets rather than patients). The picture painted is one of a phalanx of healthcare workers facing down the ills that plague humanity, noble noses turned into the wind of the future as they not only take positively mythic bounds in providing excellent care, but also create an astonishing number of new jobs for the beleaguered Washington economy.

Gosh, wouldn’t that be nice…

Unfortunately, this is how Kaiser Permanente is described in the industry (and this is a direct quote…not my words):

“Kaiser has had disputes with its employee’s unions, faced civil and criminal charges for patient dumping, faced action by regulators over the quality of care it provided, especially to patients with mental health issues, and has faced criticism from activists and action from regulators over the size of its cash reserves.”

But, not to worry! Group Health members were assured of being able to vote on this mega-acquisition. The power is in their hands!

Gosh, wouldn’t that be a first… 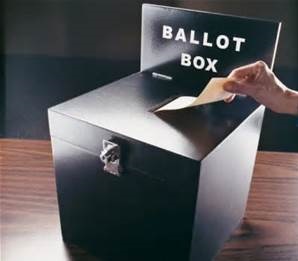 Because this is the clandestine fly in the ointment of the voting charade (again, not my words, but a direct quote from the Puget Sound Business Journal):

“A special meeting to consider the vote is set for Saturday, but under the co-op’s bylaws, members must have been registered to be a voting member at least 60 days beforehand.….The timing caused some criticism, however, because Group Health officials announced the deal three days too late for most Group Health members to register to vote.”

Ain’t that a shame?