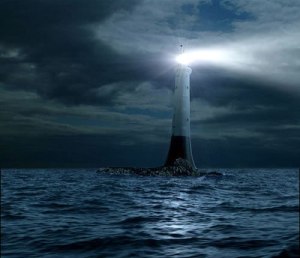 Various explanations have been advanced. They reflect the philosophical bent of the speaker rather than provide definitive answers.

‘There are ley lines beneath your house…’ ‘Magnetic fields…’ ‘A nexus of sea, land and air…’

At three in the morning I was awakened by the long, slow, sonorous sound of a fog horn. I lay still, waiting for its call to repeat, wondering why, in six years at this locale, I haven’t heard it before. A glance out the bedroom window showed me no stars. The wide, dark, undifferentiated sky might indeed be a wall of mist. No lights were visible on the far shore of the inlet on which I live. Probably masked by fog. 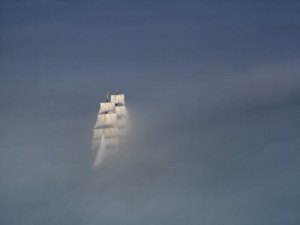 The horn lows again; its sorrow pouring out into the night. It’s supposed to be an alert to fog-bound ships and travelers. But this sounds more like mourning than warning; something too late to divert disaster.

Some of these colorful, legendary tales incite suspicion in the light of day. But tonight, under the spell of fog with the soft wash of waves mere feet away from my window, my throat tightens at each welling of the horn. 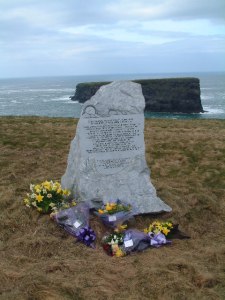 With dawn, the sky is clear, the day crisp.

I wonder about the lighthouse that kept such faithful vigil through the night. I search the internet. I pore over maps and information about the area’s beaches and shipping lanes.

It has been a century at least since a lighthouse operated along this section of coast.

I have no explanation…

…but I will be forever listening in the night. 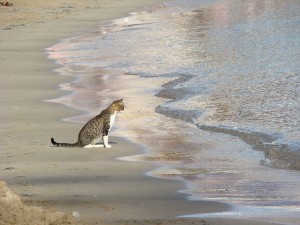