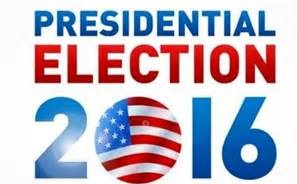 I’m amazed to say I can identify with Donald Trump. I’ve long considered myself arrested at the emotional development of a twelve-year-old. And I hate to lose. And sometimes I’ll lash out like a child when provoked. And I have bad hair days (well, okay…Trump has a bad hair life, but I’m trying to make a point here).

I can identify with Hilary Clinton, too. I’ve struggled in male-dominated areas of endeavor and had to over-compensate with harsh repartee and an iron glare. And I hate making mistakes. And sometimes I try to cover them up because I think no one will notice, or maybe time will rob them of their import.

I can identify with Ted Cruz. Canada’s a pretty cool country; I’ve always enjoyed my jaunts over the border.

I can identify with Bernie Sanders. I sometimes feel if I don’t make my mark on the world real, real soon, I might not have another opportunity. You don’t want to check out with so much left unsaid or un-given that regret is the last thing you taste.

But as just, plain me…an unsung, American citizen of voting age, I can’t identify enough with any candidate running for President to feel good and hopeful about electing them into office.

There’s always mud-slinging and a battle of wits in every presidential election, but this time it’s different, because all I’m hearing is the volley of insults and accusations being lobbed across an insurmountable, ideological distance from one party to the other.

I don’t want any of these people in charge of something I do love with all my heart: my country.

My immigrant parents raised me to cherish being born here. They were politically active in their own way and staunch supporters of whomever attained the office of President of the United States, because they said anyone who did so was worthy of respect, whether or not you agreed with the platform upon which they stood.

I’m the first to admit I’m politically challenged. But this is the first time I feel as though I’m watching a clown show…a sit-com…a farce…

There have been times in the past when I’ve voted against a candidate rather than for the one who received my ballot. This time that cop-out option doesn’t feel available.

There is no lesser evil this time around.

Like an ancient map of the known world, truncated and proscribed by a sea of horrors… there be monsters.

They circle us and lick their chops and are slippery and hard to see. And they bite at each other with abandon. And we don’t know what will happen when we’re immersed in their treacherous waters.

So…a lesson for those of us who subsist on popcorn and wine, and happen to enjoy crunching down on the un-popped kernels, defying common sense and dental advice in one fell swoop.

The dud kernel is an implacable adversary. It will show no mercy. In the end, it will win, cracking through tooth enamel like a diamond-bladed buzz saw.

You will seek succor from a dentist…not a profession normally associated with succor.

You may be told you need a root canal to soothe the screaming nerve endings that popcorn has coaxed into chronic rebellion. All the myths and cautionary tales you’ve ever heard about root canals will surface. Visions will loom of sadistic tormentors in white coats, of dental chairs in dungeons alongside racks and other instruments of torture.

Fear will paralyze you.

You will keep your root canal appointment only because you don’t see a way out that will resolve the pain issue. You will assume the position in The Chair. You will give off emanations of terror that affect the professional slated to work on your tooth, damping his upper lip with perspiration.

Forty-five minutes later, you’ll realize there’s been no pain; only noise and slight pressure. You’ll sit up and be flooded with relief that the tooth is no longer the focal point of your awareness.

You’ll realize the absurdity of fear. You’ll recall a friend saying ‘Worry is the misuse of imagination.’

And you’ll know that, if worry is misuse, then fear is abuse.

You’ll go home wiser, more philosophic. And ready to get back on the popcorn horse. 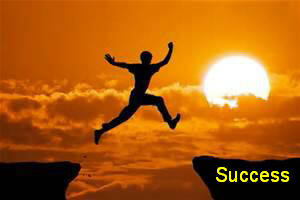 I used to scoff at the concept. But lately I’ve been thinking about it a lot.

Once upon a time I worked in New York. At CBS. At Joseph Papp’s Public Theatre, aka, The New York Shakespeare Festival. At New York City Ballet. At a host of other venues with innumerable other denizens of the entertainment industry. Among the hundreds of people with whom I had contact, two performers stood out. One was a struggling comedian. The other a struggling actor.

Both were tall, dark, handsome men. Both were talented. Both had that depth and grace of soul that merits the label ‘genuinely nice guy.’ Today, the comedian lives in Atlanta, working as a headhunter for technology corporations.

He didn’t ‘make it.’ A couple of weeks ago I asked him why. A thoughtful silence ensued. But then, with the perspective of years… “I didn’t know how to market myself. It wasn’t enough to want it, or to be good at it. I needed to be a business man, too. I just wasn’t.”

Who knew when or if we’d talk again, so I took the plunge with what I considered much more important questions. “Are you sorry?”

“I wonder about it sometimes; what life would be like if I’d kept at it.”

And then the biggest question of all. “Are you happy?”

Not much hesitation this time. “Yeah, I’m happy. The way things turned out? I’ll take it.”

The actor, on the other hand, is by industry definitions, successful. He has television and movie credits under his belt. He’s climbed higher than he ever expected. He supports himself and his family solely by practicing his craft. In a strange quirk of fate, I found myself going over the same ground with him a short time ago.

“I don’t know why I made it.” His voice was low and contemplative. “I know I’ve been lucky. Maybe I was hungrier for it than the others? I needed it. Not sure…”

A longer pause than I expected from such an overtly ‘successful’ man.

Maybe it’s because I’ve been contemplating success and its attendant obstacles. Maybe it’s because I have recently touched bases with those two very similar, yet extraordinarily divergent men. But now I watch others who are caught up in the throes of having their work acknowledged, and I see them discovering how different the journey is from what they dreamed and expected. I wonder even more. Does Fear of Success stem from an innate desire to sabotage ourselves, or is there something inherently scary about achieving it?

Why is success frightening? Why do we think we want it, if it is? Is it that any change, even when it’s what we’ve been striving to attain, is scary? Or are we afraid of finding ourselves trapped in a situation in which we feel obligated to remain, because everyone else thinks we’d be crazy to abandon it?

Answers are as numerous and varied as the situations and people involved.

As for me, I’m still struggling to reach that golden pinnacle where the air must surely be sweeter. But what if it’s so rarefied that breathing is impossible? I guess I’ll never know until I get there. In the meantime, I keep wondering.